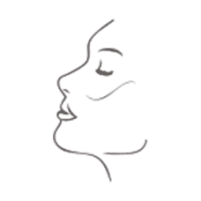 Nearly 31 million adults in the United States are diagnosed with sinusitis each year, and approximately 15% of the adult population suffers from recurrent and chronic sinusitis. As a double board-certified specialist in head and neck surgery, as well as facial plastic surgery, Alexis Furze, MD, helps his patients put an end to the pain and discomfort that comes with sinusitis at his office in Newport Beach, California. For relief from your sinus pain, schedule an appointment online or by phone today.

On either side of your nose and between and above your eyes are four pairs of air-filled sinuses that aid in filtering and moisturizing the air you breathe. Your sinuses are lined with a layer of tissue called the mucosa, which produces and circulates mucus throughout your nasal cavity. When these areas don’t drain properly, bacteria and fluid can build up, leading to infection and inflammation within these small spaces.

Sinusitis, also called a sinus infection, is common among allergy sufferers and can also accompany upper respiratory infections. The problem also crops up among those who have nasal polyps or a deviated septum.

Acute cases of sinusitis last for no more than four weeks, while chronic sinusitis is characterized by symptoms that last for three months or longer.

What are the symptoms of sinusitis?

For such small spaces, problems in your sinuses can have an enormous impact on your overall health and well-being because they can lead to symptoms that include:

The severity of these symptoms varies from one person to the next, but it would not be an understatement to say that chronic and recurrent sinusitis can have a major impact on your quality of life.

How is sinusitis treated?

When you see Dr. Furze, his first order of business is diagnosing the source of your sinusitis. To do this he reviews your symptoms, your medical history, and performs an in-office nasal and sinus endoscopic evaluation and a CT scan of your nose and sinuses.

Once he identifies the root of your problem, Dr. Furze recommends a treatment plan that best suits your unique situation and goals. For example, if he finds that your nasal cavity and sinuses are structurally sound, Dr. Furze generally recommends a conservative treatment that includes medications, rinsing, and nasal steroid sprays.

However, if he finds that your sinusitis issues stem from a deviated septum, Dr. Furze may recommend a surgical solution to address the underlying structural problem.

If you suffer from chronic or recurrent sinusitis because of narrowed or blocked drainage paths, Dr. Furze offers a cutting-edge and minimally invasive treatment called a balloon sinuplasty. Using the Fusion ENT Navigation image-guidance system by Medtronic, Dr. Furze inserts a balloon catheter into your nasal cavity, which he inflates to enlarge your drainage passageways. He performs this procedure right in his office on an outpatient basis, which means you’re free to return home afterward.